couldn’t resist this reblog… great piece of writing….enjoy, even if you are a right winger…lol

This is Toby. Toby thinks he is great. Toby likes to tell other people how they can be great too. Toby is what we call a ‘right-wing’ person.

But what are ‘right-wing’ people?

Some right-wing people even think they know better than experts. If you have a tummy ache, normal people go to a doctor. Normal people listen to the doctor and do what they tell them to do. 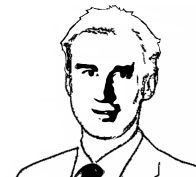 This is Jeremy. Jeremy thinks he knows better than doctors.

Right-wing people also think they know better than firemen how to put out fires. And they think…

This site uses Akismet to reduce spam. Learn how your comment data is processed.

A Voice from the ‘Steel City’

steelcityman » A Day in the Life of a 'Steel City' Man...

I'm just a WYSIWYG kind of guy ... who wears his heart on his sleeve.

Anyone can Have what I say !!